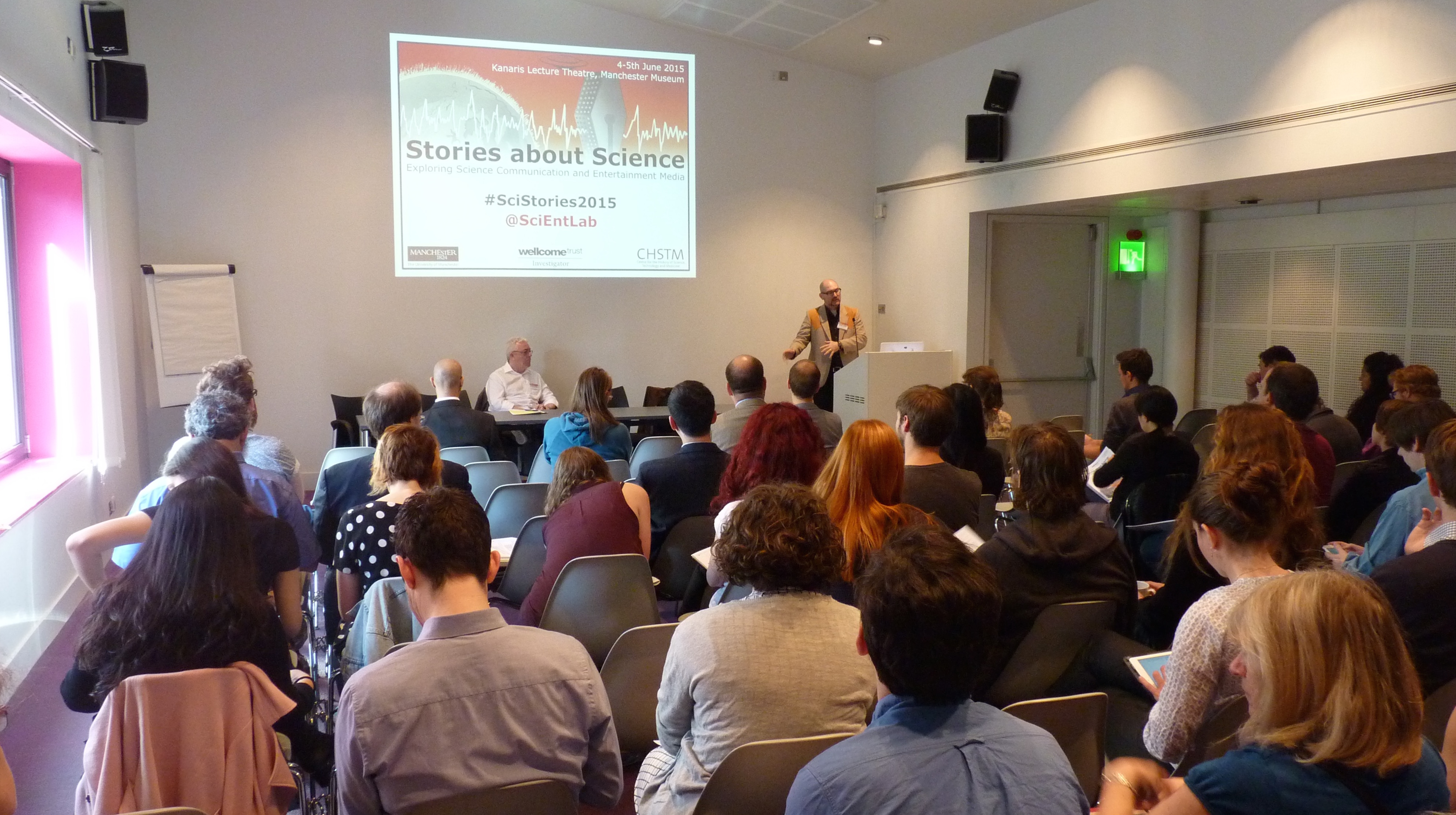 Last week (4th-5th June, 2015), a group of international scholars met at the Manchester Museum in Manchester, UK for a symposium titled, “Stories About Science: Exploring Science Communication and Entertainment Media.” Organised by the team behind the Science and Entertainment Laboratory (David A. Kirby, William R. Macauley, and Amy C. Chambers), the two-day event aimed to open up discussions surrounding the complex interactions between science communication and entertainment media. Papers explored film, television, social media, digital fiction, gaming, and comics and showed how narrative was paramount to communicating science to a diverse array of publics.

Below follows a Storify of the symposium’s events, charting the papers, activities and discussion that occurred at the event and over Twitter, via the hashtag #SciStories2015. Due to the volume of tweets sent over the two days the Storify has been split into two: Day One and Day Two – both of which are embedded below.

← Playing God: Film Series Round-up
Entertaining Science… A Report from a Colloquy at the Intersection of Science & Entertainment →