We need women of science on screen – in major summer blockbusters working together to discover, empower, and save the world. As Ghostbusters’ male ‘evil scientist’ exclaims “do it in the right place, with enough power, and there goes the barrier!” – he’s talking about releasing supernatural creatures on New York but it works for Ghostbusters too as it pushes at the gender barrier. It puts at least a small crack in the glass ceiling by showing that these “sisters in science” are what scientists can and do look like. By normalising women of science on screen and by having them as lead characters rather than sci-candy sidekicks the film industry can show that being a scientist is an entirely achievable goal for the young woman looking to her future career.

Ivy League university physicist Erin Gilbert (Kristen Wiig), fringe scientist Abby Yates (Melissa McCarthy), and nuclear engineer Jillian Holtzmann (Kate McKinnon) use their collective intelligence to develop weapons and theories, and lead the charge in the fight to save their city. As Erin remarks, after being publicly denounced on the nightly news as frauds: “We are scientists. Plus Patty”. The only non-scientist Ghostbuster is Patty Tolin (Leslie Jones) and despite Jones’ protestations that the film is not racist, the reboot cast the civilian street-smart character as an African-American just as the original cast Ernie Hudson as the token black Ghostbuster Winston Zeddemore back in 1984. It perpetuates the myth that black people are less intelligent that their white counterparts, suggests that people of colour are often incorporated as late attempts at diversity, and undermines the positive (even, feminist) contribution the film makes to the Hollywood blockbuster canon. Although Ghostbusters makes strides in representing women in STEM it does not manage to do so intersectionally. [end page 12] 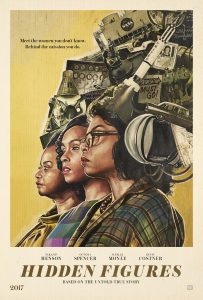 Alongside the funny, brilliant white women of science, Ghostbusters could have included of a scientist who was a woman of colour. Negative stereotypes may help to explain why fewer women and people of colour work at the higher levels of the STEM fields. Showing that science is for everyone is important. We need films like Ghostbusters to show diverse female characters with notably different personalities in the types of stories that have so frequently been dominated by men. Upcoming films like the biopic Hidden Figures (2016), which tells the story of black women scientists who worked at NASA in its formative years, will begin to open up the stories told about women of science but it needs happen across a range of genres including science fiction comedy.

This review originally appeared in Vector: The Critical Journal of the British Science Fiction Association in their ‘Best of 2016’ edition published Spring 2017.

The British Science Fiction Association was founded in 1958 by British fans, authors, publishers and booksellers, in order to encourage engagement with SF in every form. It is an open membership organisation costing £29 per year for UK residents and £20 for the unwaged. See here for membership details: http://www.bsfa.co.uk/join-the-bsfa/ 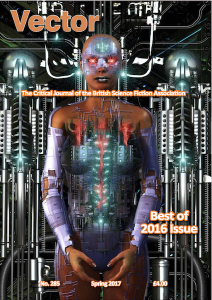