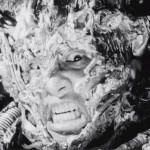 This post originally appeared on the Science & Religion: Exploring the Spectrum blog. Evolution doesn’t seem scary. It is the processes of change in heritable traits of biological entities over successive generations, which give rise to biological diversity between and within organisms. This isn’t something likely to make you cower behind your popcorn box at the multiplex. However, the horror… Read more → 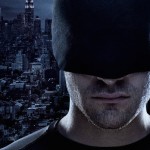 This post contains very *minor spoilers* for the Netflix series Daredevil up to episode 6 ‘World on Fire’. Netflix recently released its most recent original series, an adaptation of Marvel’s Daredevil. It joins Marvel’s Agents of S.H.I.E.L.D and Agent Carter’s focus upon the more human characters of the Marvel Universe. Agent Phil Coulson, Agent Peggy Carter, and Daredevil/Matt Murdock are… Read more → 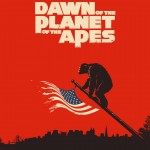 ‘Talking Apes with Big-Ass Spears’: Violence, Science, and Dawn of the Planet of the Apes

**Contains minor spoilers** By 2011 I had already spent five years of postgraduate study researching the history and cultural interpretations of Planet of the Apes. I was very nervous about seeing Rise of the Planet of the Apes; it was released just a few weeks before I submitted my PhD and I knew I would have to make at least… Read more →