Demons of the Mind Film Series 2017 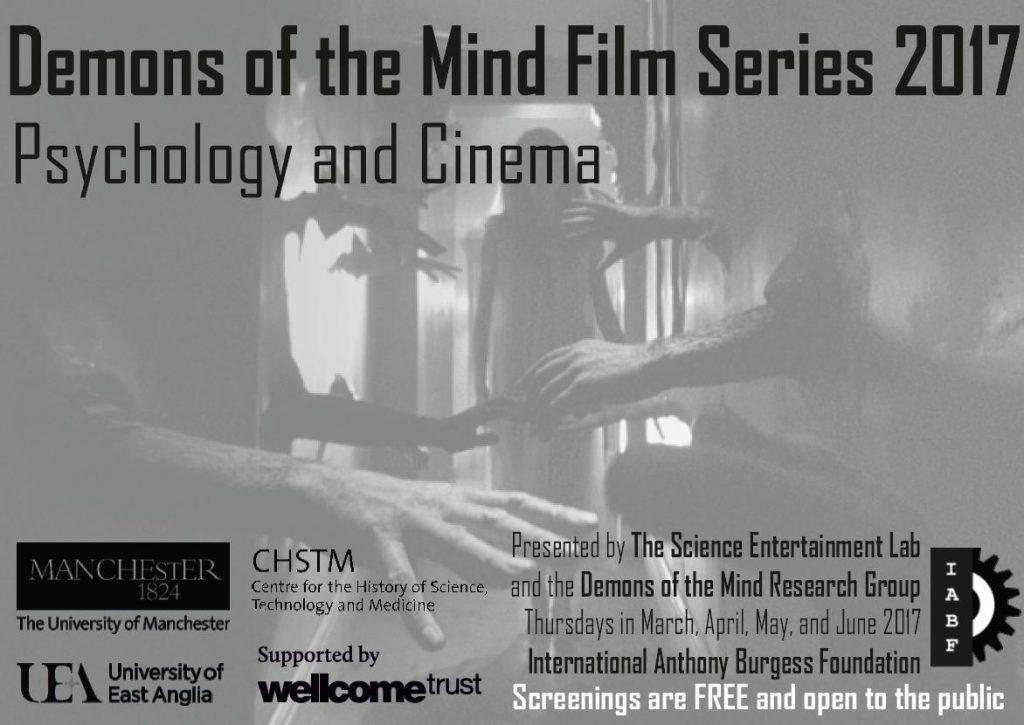 How do films portray psychological trauma and mental disorders? Why are filmmakers and audiences fascinated by characters with unusual and severe psychological disturbances? In what sense does the medium of film reflect and shape our understanding of clinical conditions such as bipolar depression, schizophrenia, and mass psychogenic disorders (hysteria)? What do films focusing on mental illness tell us about notions of mental health and wellbeing?

Following the success of our two previous film series, University of Manchester’s Science and Entertainment Lab have teamed up with film scholars working on a new research project at the University of East Anglia to host a brand new film series in the spring of 2017. The “Demons of the Mind” series consists of six films that tackle difficult questions regarding causes, symptoms, and treatments of mental illness and contribute to our understanding of what it’s like to experience psychological disturbances. This film series is funded by grants from the Wellcome Trust and the Arts and Humanities Research Council.

Screenings will be on Thursdays across March, April, May and June in the historic Engine House at the International Anthony Burgess Foundation in Manchester. These events are free and open to the public. At each film screening an expert speaker will provide a brief introduction at 6.30pm and then lead a post-screening discussion with the audience. The evening will include an opening reception from 6.00pm where drinks will be available for purchase.

Summary list of screening dates and films in the series:

Please note, The Falling screening has been moved forward to Tuesday 6 June

Dr David A. Kirby is senior lecturer in Science Communication Studies and director of the Playing God project at the University of Manchester

Dr William R. Macauley is a senior research associate with the Demons of the Mind project at the University of East Anglia 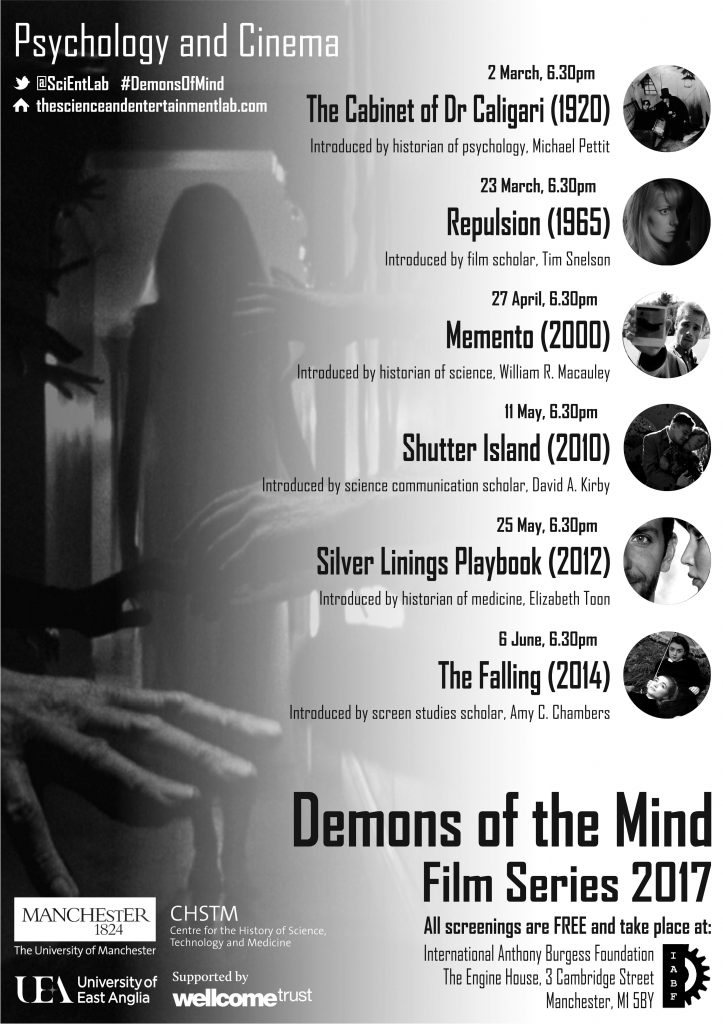