How do we anticipate and comprehend worlds just beyond our grasp? How do we find ways of understanding and portraying the interplay between science and religion on film? As part of the Wellcome Trust funded Playing God Project the Science Entertainment Lab at the University of Manchester will host a new film series in the spring of 2016 consisting of six films that deal with questions about connections between science and religion. Screenings will be on Thursdays across March, April, May and June in the historic Engine House at the International Anthony Burgess Foundation in central Manchester. These events are free and open to the public. At each film screening an expert speaker will provide a brief introduction at 6.30pm and then lead a post-screening discussion with the audience. The evening will include an opening reception from 6.00pm where drinks and snacks will be available for purchase. 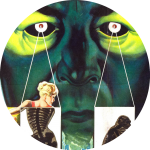 If thine eye offends thee… A scientist turns himself into a medical experiment when he gives himself x-ray vision but there are consequences to “Playing God”. 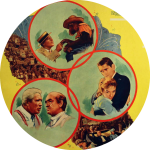 Spencer Tracy stars in a thinly disguised rendition of the 1925 ‘Scopes monkey trial’ in America where a science teacher is put in trial for teaching evolution. 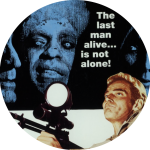 Biological warfare turns humans into zombies. Charlton Heston plays one of Earth’s last survivors. What sacrifices does he make to become humanity’s saviour? 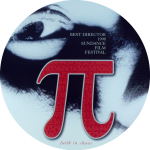 Darren Aronofsky’s directorial debut is a surrealist psychological thriller that explores faith, spirituality, and the relationship between the universe and mathematics. 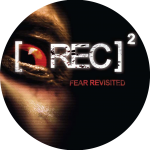 A specialist team go to a quarantined site to get a blood sample from zombie patient zero. But why is a scientist from the Ministry of Health also a priest sent by the Vatican? 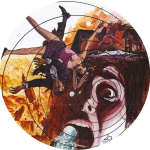 An artefact in the London Underground begins to possess people. Is it of human, alien, or divine origin? The intrepid scientist Prof. Bernard Quatermass is on the case.