This post originally appeared on the British Science Association Blog.

At the recent Science Communication Conference in Manchester from 18-19 June, David A. Kirby featured on the panel session ‘What’s the story?’. David’s session delved into the story-telling sphere, divulging the secrets of telling a narrative in science.

We are now in a golden age of science-based entertainment media.

Every science-based entertainment product is a unique and complex cultural artefact created for a specific audience, format, and purpose. It would be difficult to come up with a template or set of generic rules that could be applied by practitioners in all science communication projects or encompass all forms of entertainment media. 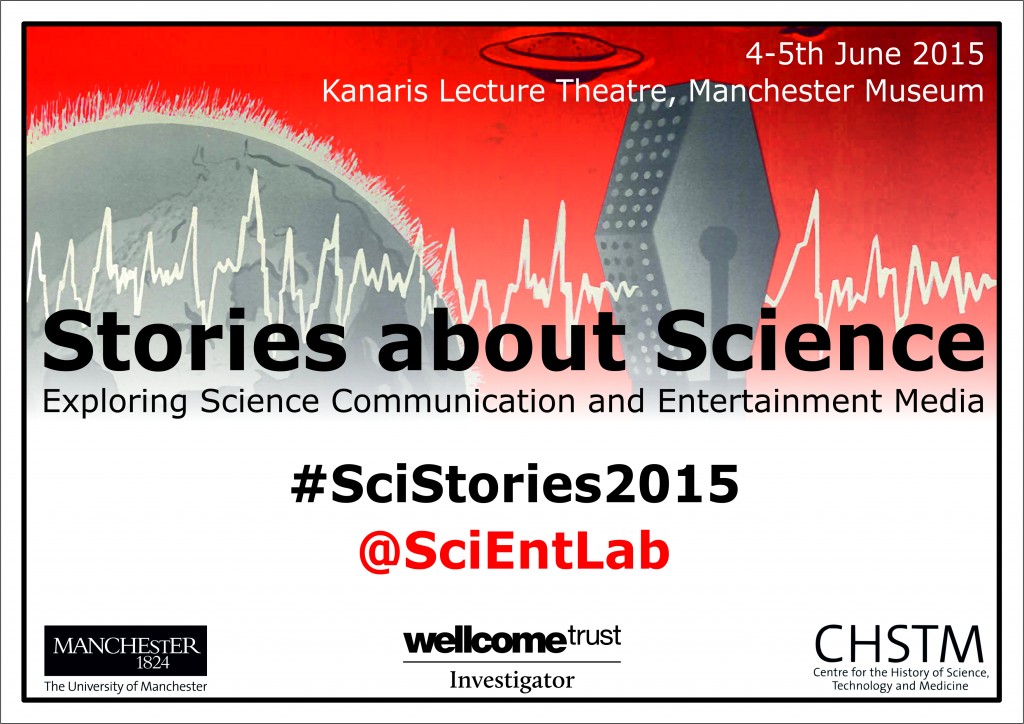 The ‘Stories about Science’ symposium, held at the University of Manchester in early June, facilitated discussions and provided insights into the fascinating links between science and entertainment.

There were debates about audiences, distinctive media platforms (television, film, radio, video games, comics, online media), the incorporation of science into narratives, and how science in entertainment media might influence public engagement with science.

But, what can practitioners learn from academic work exploring science communication and entertainment media?

← Neuroscientist at a SciComm Conference
Cinematic Visions of Brain Injury, Amnesia, and the Art of Remembering →