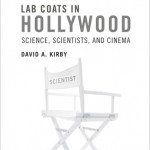 Have you ever heard of the “Page 99 Test” as a way of determining the value of a book before you read it? The test is based on a quote by Ford Maddox Ford who believed that a reader could use the contents found on page 99 to quickly assess the merits of a book. According to Maddox Ford, “open… Read more → 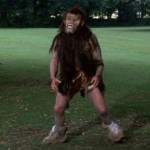 Evolutionary biology has been a consistent theme in movies going back to the earliest days of cinema. Filmmakers come back to evolutionary themes because evolution is about transformation and transformation always makes for good drama and for good cinematic visuals. As it turns out, this summer has been a banner year for evolution at the movies as a large number… Read more → 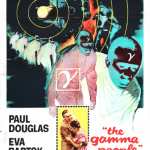 Fear of a Radioactive Planet: Genetic Anxieties and Atomic Cinema in the 1950s

A couple of weeks ago I had the pleasure of introducing a SciScreen event for Science London. They were showing the 1956 British SF film The Gamma People produced by Irving Allen and Cubby Broccoli. It just so happens that this is a film that I wrote about in an article on the relationship between genetics and 1950s SF cinema.… Read more → 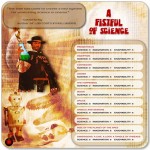 A Fistful of Science!

This post originally appeared on Physics Today. I study and write about movie science for a living. As such, family, friends and colleagues constantly ask me if I hate movies with “bad” science. To which I always answer: No! I hate bad movies regardless of whether the science is “good” or not! My book Lab Coats in Hollywood explores how… Read more → 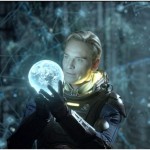